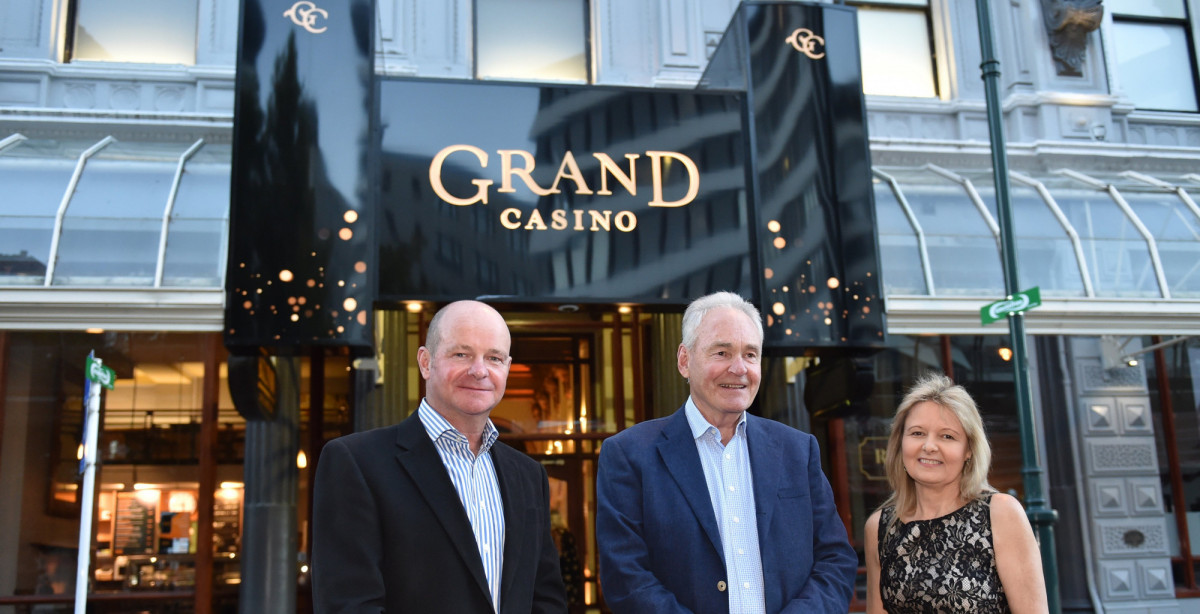 Dunedin Casino has just got grander.

On Saturday night, guests gathered outside the venue, now known as Grand Casino, for the unveiling of the new signs and brand.

Chief executive Dominique Dowding, who took on the job 12 months ago, believed the previous name was not the right one for the casino.

The building where the casino resides, on the corner of Princes and Rattray Sts, was originally named The Grand Hotel, built in 1883.

When Ms Dowding took over, she wanted to reposition the organisation and start getting more involved in the community.

"When I got here the casino had lost touch with the community and it was actually low profile.

"So I wanted to do some authentic investment into charities and things that make a difference in the social fabric.

"We all have an enthusiasm to bring life back into the Dunedin casino and we have an energy to see it be the number one entertainment destination," Ms Dowding said.

The rebrand did not just mean a new sign out the front of the building. The staff would get new uniforms, the first stage of the refurbishment in the restaurant and atrium area had been launched, and there was a new executive chef, she said.

The organisation has begun undertaking its licence renewal, and plans to have it filed by 2022.