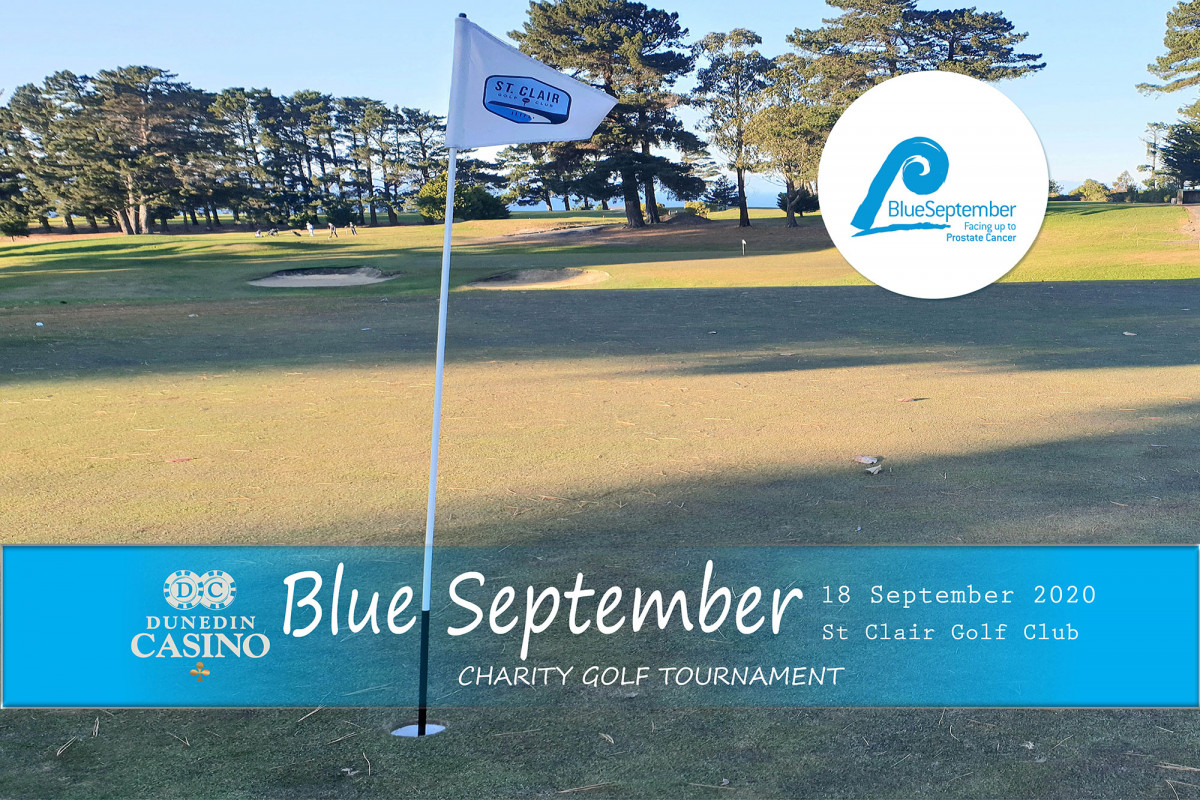 The purpose of this fantastic event was to raise funds and awareness for the Prostate Cancer Foundation of New Zealand. And this year the tournament raised a significant amount for the foundation’s Blue September prostate cancer awareness month.

‘‘We are proud to have delivered an event of this magnitude, raising over $15,000 for a very worthy cause in Prostate Cancer Foundation NZ,’’ Dunedin Casino Marketing Executive Jamie Angus said.

The Dunedin Casino Blue September Charity Golf Tournament was first held in 2018, driven by some keen golfers from the Casino. The event has grown in popularity over the subsequent two years. Last week’s windy conditions in the south made the going tough for the 26 teams at St Clair Golf Course on Friday - the only downside to the day’s excellent golfing action.

Congratulations are in order to the champion four person Ambrose team of Ola, Frankie, Fili, and EJ Elisara.

Dunedin Casino would like to thank all involved, including auctioneer Grant McLean from Ray White Real Estate Dunedin, Annette Godman, Patrick Moore, and all the staff at St Clair Golf Course, as well as Par 3 pro Ryan Rosevear.

Thanks are also offered to all the sponsors, those who donated prizes, raffles and auction items, and Speights Dunedin, Kaans Catering, and Bidfood. We look forward to seeing you again next year!